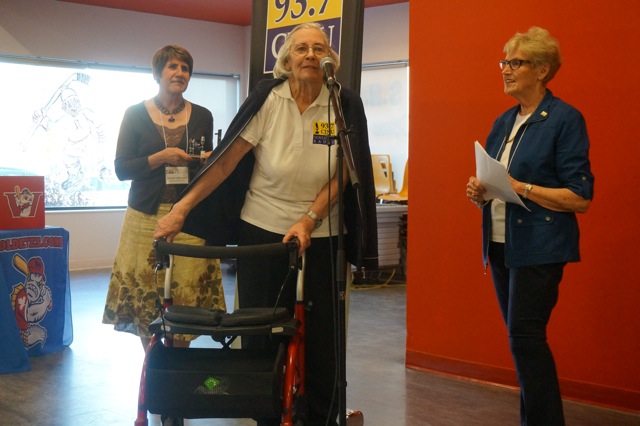 The nominating committee presented a slate of nominees to fill all vacant Board positions which was approved on motion by the membership.

New members to the Board are:

Wayne Rogers is well known at CJNU as the former long time Executive Director of Variety – the Children’s Charity. Currently works with the business and non-profit sectors in fundraising, marketing and communication. Recipient of Queen’s Diamond Jubilee Medal in 2012 for community service.

RoseAnna Schick is President of RAS Creative, a communications and publicity company and a travel columnist for Canstar Community News. Red River grad with extensive work in provincial film and audio associations. A self-professed “prairie girl” and enthusiastic CJNU listener.

Cathy Stephens is Assistant General Manager at Inn At The Forks hotel. She has 25 years of hospitality industry experience. A U. of W. Political Science grad, she is active with the Rotary Club of Winnipeg and its sponsorship of the Model United Nations Assembly.

Larry Updike is a well known former CJOB and CBC broadcaster and onetime spokesperson for Siloam Mission, inducted into the Manitoba Broadcaster’s Hall of Fame in 2009 and a recipient of the Queen’s Diamond Jubilee Medal. His music career started in a family gospel ensemble. An ordained minister at 21, he subsequently earned degrees in Theology and Philosophy from the U of W.

Re-elected for another two year term were three on air CJNU presenters:

Continuing on the Board for the 2nd year of a two year term are:

There are fifteen elected Board members in all. Manager Bill Stewart is an ex-officio Board Member. The recording Secretary is Sheila Down.

President Tom Dercola thanked retiring members of the Board, all of whom had served over many years:

Two awards were presented. The Annual Builder’s Award went to Susan Hamilton, who retired from the board after 10 years of service as Corporate Secretary. Susan also looks after the scheduling of the thirty five announcers and operators who keep the station on the air each month. She will continue to be heard “on air” on Thursdays from noon to 3pm.

Margaret Sheridan was recognized for her long years of service as a studio volunteer, as the first recipient of the new Volunteer Recognition Award

The meeting lasted for an hour and twenty minutes, including the usual business reports and motions and a vigorous question and answer period. The formal proceedings were followed by a social hour with sandwiches and desserts. A good time was had by all! 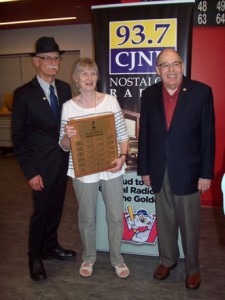 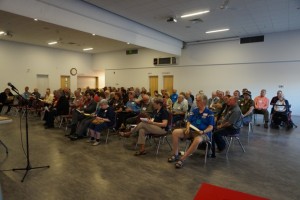 Above: A large crowd of members and friends attended this year’s AGM at Sturgeon Heights Community Centre 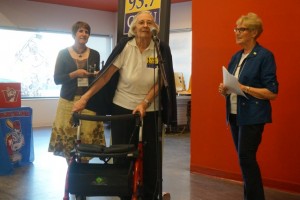