Music From The North Shore

Music From The North Shore with host Greg Gardner will jog your musical memories with pioneers of ’50s rock ‘n’ roll, such as The Everly Brothers and Gene Vincent. Sixties pop from The Animals to The Zombies and everything in between, including rarities by The Beatles and others, along with insightful tidbits of information about the music and artists. You’ll also hear local Manitoba musicians, and be treated to splashes of instrumental “surf” music by innovators like The Ventures and Dick Dale. If you don’t catch the song name or who who performed it for one of the selections you heard on the program, after each broadcast Greg posts his playlist on his Music from the North Shore Facebook page – where you can also take part in the dialogues that occur on Sunday nights while the show is on the air. If you’d like to influence a future playlist, you can email your request to Greg.

Join the late Dick Clark for Rock Roll and Remember! The show features the music and memories of your lifetime, presented by the incomparable Mr. Clark – famed for bringing rock and roll to the masses through hosting American Bandstand.

Rock, Roll and Remember ran between 1982 and 2004, hosted by Dick Clark, and originally aired on the US station WQMA in Mississippi. With hits from the 1950s, 60s, 70s and beyond, this truly is the music of your lifetime. Each week features a profile of a selected artist, a run down of the songs that were topping the charts way back when, and a look at some of the events that made that made the headlines in that particular week.

So sit back, and enjoy the tunes that truly take you back – in the company of ‘the world’s oldest teenager’! 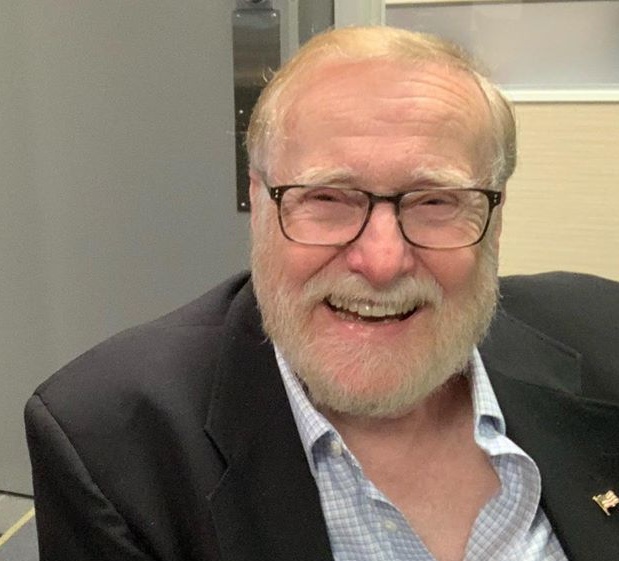 ‘The Original Big Band Showcase’ with Denny Farrell (left) features the music of the big bands of the 1930s, 40s, 50s and the great big bands of today. Denny has a long history of broadcasting in his very distinctive format that combines Swing, Sweet, Dixieland and Jazz. He brings to his broadcasts an understanding of, and affection for this great music.

Rated as one of the top broadcasters in America, Denny was honoured with the National Ballroom and Entertainment Association’s ‘2001 Award of Excellence’ for The Original Big Band Showcase. Denny Farrell was inducted into the Big Band Hall of Fame on February 5, 2003 in West Palm Beach, Florida. He’s one of only three announcers to ever receive this honour.

‘This is Music’ starts your day in the best possible way, seven days a week, as part of Breakfast with CJNU – hosted by award winning programmer and on air personality Chuck Southcott.

Chuck features the timeless artistry of musical greats such as Frank Sinatra, Johnny Mathis, Henry Mancini, Rosemary Clooney, Perry Como, plus a mix of more recent hits by groups such as the Carpenters, Bread, the Fifth Dimension and others.

The Gardener, with Dorothy Dobbie

Join Dorothy Dobbie each Sunday morning for an hour of gardening hints and tips!

Each week will feature ’10 neat things’, a special guest, and all the latest comings and goings in the natural world – be they flora or fauna! The experts will share their insight on how to cultivate your garden, what birds you might see, and keep you informed!

If you don’t already have a green finger, then this show will help you!

Don’t fancy waking up early on a Sunday? Fear not! Listen back to the past four programmes via the CJNU Archive!

Encore Edition Saturday at 8am

Formerly known as River City 360. Keeping our community connected. For Good. Forever
With cohosts Robert Zirk and Sonny Primolo. Featuring stories about individuals and charitable organizations working to make Winnipeg the best it can be, along with music and community event updates. Tune in to hear inspiring stories of how Winnipeggers are making a difference in our community.

BeCause Radio is a project of The Winnipeg Foundation, in partnership with CJNU 93.7 FM.