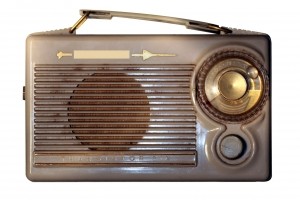 Venture back with us as we travel  in time to the period when the family gathered around the radio to listen  as the world was being brought into their living rooms. It was a marvel in its time and thankfully many of those marvelous moments are preserved for other generations to enjoy. At CJNU we try to bring you the best of the best for your listening pleasure nightly on the Nostalgia station.

JACK BENNY ..  was on the air for 24 years and his comedy set a high water mark and was  imitated later by Jerry Seinfeld on TV.

The marvelous Jack Benny with his whole cast of characters explore his  life and times while living to age 39 , trying to pinch every penny and  fiddling with a violin that will not cooperate.

SAGEBRUSH THEATRE…come back  to the frontier of America where saloons, pistols and dancing girls were the order of the day. Legendary stories of the Wild West fill the air with hoof beats and thrills as we follow some of its greatest heroes.

BEYOND THE UNKNOWN…there are many stories that fill us this wonder and some with dread. Things we cannot explain that tell us that we may not be alone and stories of crime and passion that leave us with questions.

4 STAR THEATRE.. We are lucky to have access to one of the most popular radio shows ever: the LUX Radio Show. Broadcast for over 21 years they recorded over 900 episodes with various hosts and movie stars replaying roles they had played on the silver screen.

LAUGHING OUT LOUD. Nobody loves a good laugh as much as we do and every week we have our choice of some of the greatest comedians to ever step into a studio. Everything from belly laughs to more gentle humor fills this spot on the dial.

VIVA VARIETY… so many wonderful performers tried their hand at radio and we have the cream of the crop here. It may be a musical show or an anthology of stories that set the mind racing.