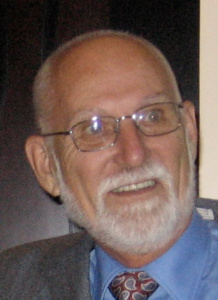 Harry Taylor, known to many as Corky particularly in earlier years, died in the early morning, Thursday, February 27th. It wasn’t supposed to happen so soon. He had been diagnosed with serious lung disease in the fall, but the time frame was supposed to be years, not months or days. He was just a few months short of his 80th birthday, born in 1940.

It’s not surprising that Harry spent most of his life connected to music and broadcasting. As a child, he lived with his family in a suite at “Jack’s Place” – a well known Winnipeg Dinner/Dance/Nightclub venue where his father Mo, was the Manager and general factotum. Mo had a very fine tenor voice, so he could greet the customers, MC the shows and when the need arose, sing with the band. Harry inherited his father’s musical aptitude, not as a singer but as a steel guitar player. While still in his teens, he played in house bands connected to two Winnipeg Radio station; the CKY Playboys (Owen Clark, also active with CJNU in earlier years was the drummer) and the CKRC Red River Valley Boys. On April Fool’s Day, 1960, he started full time with CKRC as a production operator. There he first connected with Cliff Gardner, Bob Washington, Jack Wells, Garry Robertson, Murray Parker, Roy Maguire, Bill Stewart, Dennis and Olga (Chorney) McVarish and others who at one time or other have been part of CKVN/CHNR and CJNU.

CKRC played a prominent role in recording and promoting Winnipeg bands and musicians in the 1960’s. Harry produced and recorded early outings by the fast developing cohort of Winnipeg musicians who were later to influence pop music around the world. He made an early recording of Neil Young and told Neil (words to this effect) ‘You’re a great guitar player but you won’t make it as a singer”. The exact quote was used in a display about Manitoba Music at the Manitoba Museum a few years ago. Neil certainly had the last word on that – and clearly appreciated Harry’s recording skills. Years later, at an recording industry event at the Convention Centre, Harry was recognized and the award was presented by Neil Young.

Western Canada’s first recording studio, Century 21, started in Winnipeg in the late 60’s and continued into the 90’s. Harry left CKRC to join Century 21 for much of that time. Century 21 cut a pretty big swath in the Manitoba recording and broadcasting scene; 245 Albums and singles, countless jingles, and TV and radio production work.

When CKVN (later CHNR) started, Harry was there – operating or sometimes hosting shows. He continued his association with “Nostalgia Radio” when CJNU was launched in 2006. He was best known on CJNU as the morning show sidekick to Lee Major for 8 years. Harry was the perfect foil to Lee and provided continuity with other announcers who alternated with Lee. Harry was always most comfortable as part of a team, happy to let others seek the fame and glory (or brickbats). He was active at CJNU to his last shift as producer/operator on Sunday, January 5th. At this point his wife of 58 years, June, was nearing the end of her struggle of the last couple of years with dementia. She pre-deceased him by a month and a half on January 8, 2020.
Harry is survived by son Rick and daughter Shelley and their families including 6 grandchildren and 5 great grandchildren.

If you have any memories or stories of Harry that you’d like to share, please feel free to enter them in the form below. Thank you.